Home » Get a patent

Patents protect intellectual property, one of the most important assets of any business. A patent excludes others from making or selling an invention, giving a legal monopoly to the patent holder for up to 21 years. Each country has its own patent system and patent laws, so applications and payments must be made in each country for which patent protection is desired. Consequently, there’s no such thing as an “international patent,” but the Patent Cooperation Treaty (PCT) does exist to simplify the process of filing for patents around the world.

There are several types of patents in the United States:

A patent is essentially a written report that has several main sections:

How to get a patent?

Getting a patent is a complicated and time consuming process, and differs for each type of patent. The flowchart below shows a simplified process of obtaining a utility patent, the most common type. 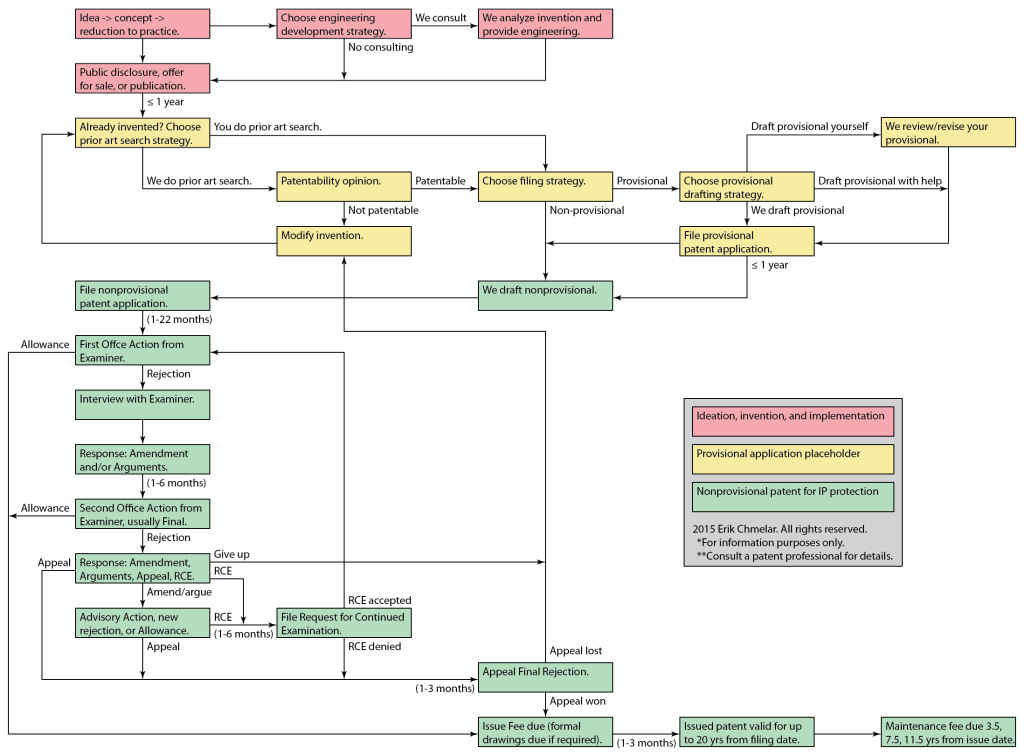 Utility patents are valid for up to 20 years from the filing date, but only if maintenance fees are paid. Fees are due during the third, seventh, and eleventh years. Failure to pay a maintenance fee causes the invention to become public domain, meaning the inventor has lost all intellectual property rights to her invention.